Santiago is a wonderful city. I would love to go back, and the longer I stayed, the more I liked it. This is not always the case for every place that I have visited, especially huge cities.

So what do I like about it? Perhaps it's the slightly crumbly Colonial architecture, with its plant-ridden façades, ornate doors, and the palazzo-style buildings. The beautiful museums, including the most mentionable Museum of Memory and Human Rights which depicts the terrible train of events during the time of Pinochet. I have never been moved by a museum in such a way before now. The view of the Andes beyond the high-rise buildings of the city is a constant reminder of the amazing situation of the city in the landscape. 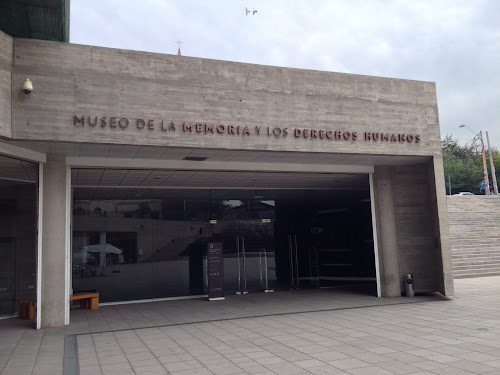 The Santiago Metro is fantastic. It's less than £1 for a journey, and many of the stations are more like modern art galleries, yet designed to cope with thousands of people efficiently and pleasantly. The cathedral is a wonder in its own right, founded in the first half of the 16th century.

The pedestrian areas around Plaza de Armas are fun to explore, as well as the entertainments and museums around the square itself. And did I mention the incredible views, wonderful gardens, and historic buildings of Santa Lucía Hill?

I've also eaten in the most eccentrically decorated restaurant that I have ever come across. Ocean Pacific is like a set from a wild imagining of Verne's 20,000 Leagues Under The Sea. The food was a bit hit and miss but worth it for the theatrical setting. 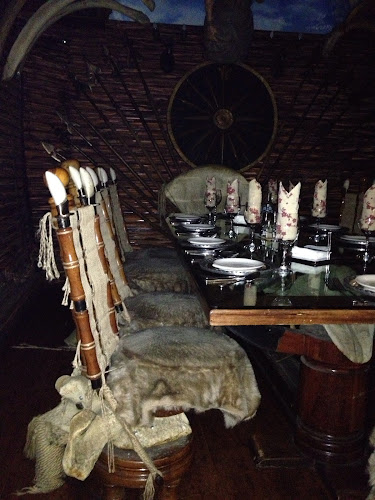 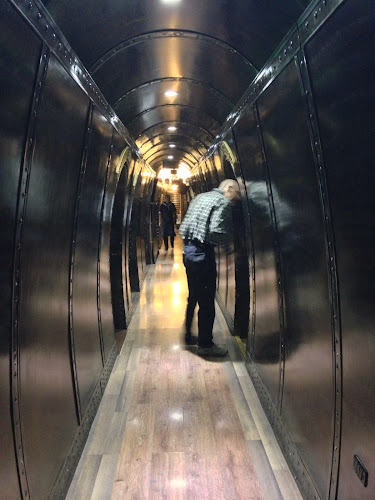 It's not all good; there is a huge pollution problem, and those very same mountains help to keep the pollution hanging above the city in the form of smog. There are lots of stray dogs. The food, on the whole, wasn't amazing either (or maybe I was just unlucky). The earthquakes of 1985 and 2010 have made ruinous many fabulous old buildings which continue to decay, propped up with bits of wood, whilst nature tries her best to reclaim them.

But the people of Santiago have risen up above the challenges, and it seems that the city is undergoing much needed redevelopment. Artists are helping to brighten up the 19th century Downtown area. Debates are happening on national TV (TVN) as to the future of some of the larger damaged buildings, such as the huge Basilica del Salvadore. Things are moving on.

We packed a lot in to the week we spent in Santiago. Tehmina gave a paper and a conference and was interviewed for TV. I went to a day of the World of Welsh Copper conference and found it to be deeply interesting, considering the economics and logistics of this vast global trade in the 19th century. If I was phased by the long journey, considering how people from Swansea and London managed to trade, travel and run businesses put me in awe of what they achieved.

I'm writing this from the comfort of our next stop, in the middle of the Atacama desert in northern Chile, at an altitude of 2500m. The experiences here have also been positive, if not completely different. Some more photo posts about Santiago and Atacama are on their way, time and wifi permitting.